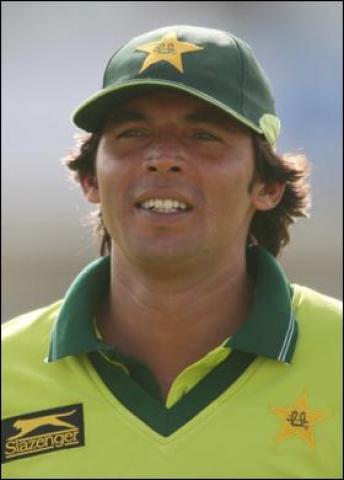 Pakistan fast bowler Mohammad Asif was on Wednesday slapped with a one-year ban from the Indian Premier League for failing a dope test during last year’s inaugural tournament.

Asif, 26, tested positive for the banned steroid nandrolone during the opening season of the Twenty20 tournament in 2008, in which he turned out for the Delhi Daredevils franchise.

The bowler, who is currently suspended from playing official cricket by the Pakistan Cricket Board, will not be allowed to take part in the second edition of the lucrative tournament in April-May.

The ban means little since Asif himself sought release from his franchise last month even as the Pakistan government refused permission for its players to play in the IPL this year for security reasons.

A release from the IPL Drugs Tribunal said Asif’s ban runs from September 22, 2008 for a year.

"The year’s ineligibility for Mohammad Asif will be from September 22, 2008 as that was the date when the Indian Premier League had imposed the suspension order," the release said.

Asif told the tribunal last month that his nandrolone levels had been enhanced by the use of eye drops which contained the substance.

Asif was detained at Dubai airport for 19 days last June after 0.24 grams of opium were found in his wallet. After being deported to Pakistan, he was told he had also failed the IPL test.

The talented seamer has taken 51 wickets in 11 Tests, 36 wickets in 31 one-dayers and 12 wickets in nine Twenty20 internationals since his debut in 2005.

He has not represented Pakistan in official cricket since April last year.