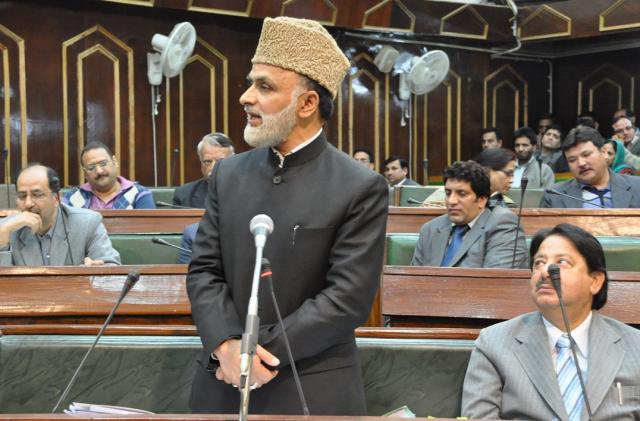 , March 7 (Scoop News) – Minister for Rural Development  Ali Mohammad Sagar has said that creation of new administrative units in the State would be considered after receiving the recommendations of the committee constituted by the Government for the purpose.

He said this while replying to a question by Er Abdul Rashid in Legislative Assembly here today.

The Minister said a proposal for creation of new CD Blocks in Handwara tehsil has been submitted to the Committee for examination of by District Development Commissioner Kupwara. He said Langate constituency is spread over two Community Development Blocks Langate and partly Ramhal block.

Ali Mohammad Sagar has said an amount of Rs 5.95 crore has been released to and Samba districts for rural development works under community development and panchayat sectors during last two years, adding that the funds under these sectors were authorised against the works identified by legislators and people of the areas.

This was stated by the Minister while replying to a question by  Ashwani Kumar Sharma in the House here today. He said 3692 cases in and 610 cases in Samba district were sanctioned under Indira Awas Yojna during last two years.

The Minister said in Bishnah constituency, 401 IAY cases were sanctioned and Rs 26.50 lakh were allotted under CD and Panchayat sector to the constituency during last two years.

In order to provide full benefits of IAY to the deserved people, the Government for the first time framed a mechanism under which the concerned legislators identify and recommend genuine cases for construction of their dwelling units under the scheme, he maintained.

The Minister said an apex committee was framed under the chairmanship of Chief Secretary to oversee BPL survey in the State, adding  that the committee will furnish its recommendations soon so that all the BPL families would be brought under the ambit of various welfare schemes.