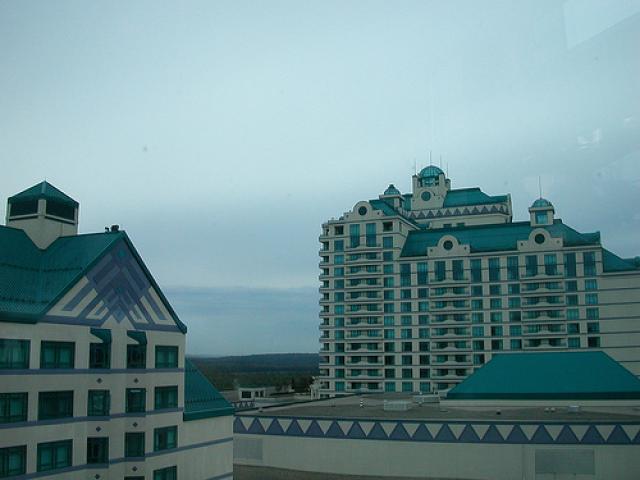 Workers at Foxwoods Resort Casino called for bargaining for a first contract to begin immediately, following the National Labor Relations Board’s (NLRB’s) unanimous decision to certify the UAW as the elected representative for casino dealers.

"Workers have spoken, the labor board has ruled, and it’s time for Foxwoods to obey the law and bargain a contract."

Steve Peloso, a 16-year veteran dealer at Foxwoods, says it all:

"We voted, we won, we’ve been certified. It’s way past time for Foxwoods to come to the table and work with us on a fair contract."

The NLRB affirmed a March ruling by Administrative Law Judge Raymond Green, upholding the workers’ vote at Foxwoods, the largest private employer in . Click here to read the NLRB decision.

Eight months ago, the 2,600 workers at the casino overwhelmingly voted for the union. The Mashantucket Pequot Tribe, which owns the casino, challenged the union election several times, saying federal labor law doesn’t apply to a casino on tribal land.

"Casino dealers formed their own union because they have concerns about wages, tokes, benefits, working conditions and other issues that can and should be resolved at the bargaining table."

In May, the casino workers protested the lack of a contract. The workers also have filed 35 unfair labor practice charges with the NLRB against the casino.

Says Bob Madore, director of UAW Region 9A, which includes :

"Foxwoods workers have decided to form a union so they can talk about how to share in the success they helped to create. Workers made their decision last November, and the Labor Board has now issued its final decision. There’s no excuse for further delay."

As the union movement celebrates the Foxwoods workers’ win, workers also are determined to gain fair contracts at other casinos. Last month, thousands of casino workers, elected officials, union leaders and supporters from the East Coast, New England and the Midwest filled the streets of in a major march and rally to demand that casino owners stop stalling and negotiate with the workers’ union.

Since March 2007, more than 5,000 casino dealers, slot machine technicians and others have voted to join the UAW in six union representation elections at four major Atlantic City casinos: Caesars, Trump Plaza Hotel and Casino, Bally’s and Tropicana Casino and Resort. Yet, for more than a year, casino owners have delayed and stalled negotiations.