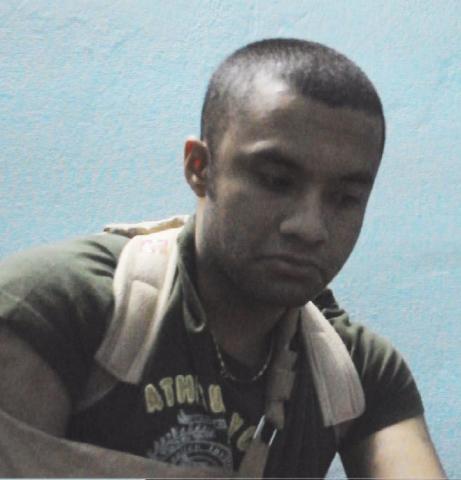 Kathmandu, Nepal: Journalism has always been a passion for me. Having worked for eight years in the field of journalism, I started doing freelance news corresponding to international news websites in 2008.

A few months ago, I started receiving threatening emails to stop my news corresponding and deactivate all my writing profiles. The emails specifically highlighted my news profiles on GroundReport, CNN iReport, and NowPublic and threatened me with irreversible consequences.

I reported this to the Nepal police and filed a complaint on November 14, 2010 but nothing happened. Later on November 16, 2010, at 7:45 PM I was attacked near the Bishnumati Riverbed, where I suffered a clavicle fracture on my right shoulder and sprained my right ankle. After the attack I went to the police, but since I’m an ex-journalist with no media backing, nobody cared. I have filed reports at the foremost police stations but nothing seems to be happening and they have made it clear that they can’t do anything as they can’t trace the emails.

Thus far, the email senders are unknown, hidden with the liberty and freedom of terrorizing my mobility and safety. I have since received further threats. My life has become terrible within the confinement and restriction of terror. I did the news corresponding as part of my social responsibility, and now I’m suffering the consequences. I’m not blaming anyone but I feel restrained and frustrated for my safety.

I went to the politicians, human rights, media, related associations and everywhere, nobody came to help. On November 27, 2010 I received another email saying “You are still in our hit list.”

I went to the police, and the Federation of Nepalese Journalist (FNJ) but nobody is taking any initiative. A few organizations have issued press releases, but it does not satisfies my need of security. I believe the media of 21st Century is very dynamic and the impacts are also wide. My articles and ideology certainly created an impact, but the cost of change is very high for me.

Can anyone imagine the cost of one’s life in jeopardy? Perhaps my legitimacy of being a freelance is a question that persist the situation and my condition. No-matter-what, I’m proud to be part of the change which gave me an edge to contribute my voice and thoughts in a effective way. I’m not doing this report to seek help or search for an option and I know things will be worst after it gets out. I’m doing it because I want my story to be heard and I want it to ignite the fire that will reveal the discrimination among authorities and journalists, to voice the injustice that has been served to me for being a freelance correspondent.