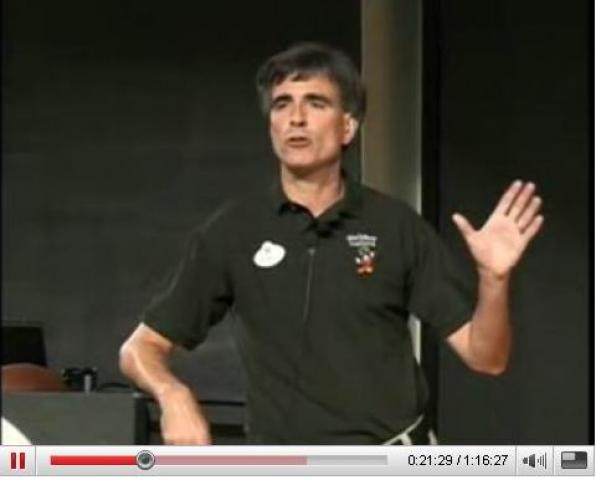 Randy Pausch’s one hour and 15 minute lecture has logged over three million views on YouTube since it was posted in December of 2007. At the time of the recording (September, 2007), Pausch believed he had two-five months to live due to incurable cancer in his liver. The lecture he delivered to a full house at CMU’s McConomy Auditorium is lively, funny, moving and inspirational.

In his "last lecture" Randy Pausch talks about the joy one can get from realizing his/her childhood and from helping others realize theirs. It is not to say that Randy Pausch achieved all of his dreams, which include "playing in the NFL" and "Being Captain Kirk," but the lessons he learned while trying outweigh his childhood fantasies.

Randy Pausch leaves behind a wife and three children and, now, legions of fans and followers. For more information about Randy, visit www.cmu.edu/randyslecture.

Here is the video of Randy Pausch’s last lecture: