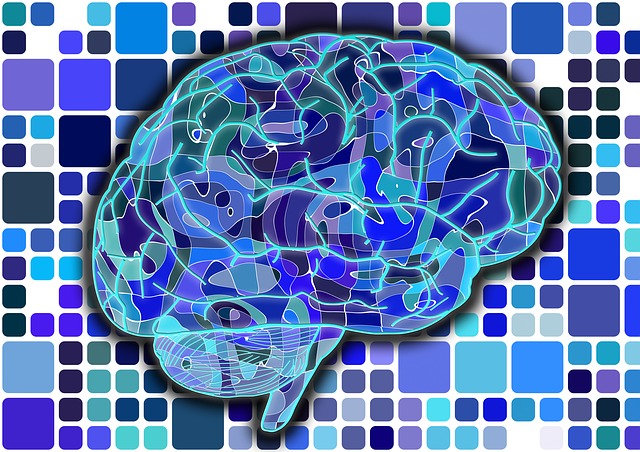 Among the several diseases that occur to the elderly people, one of the most serious is dementia as it still has no cure. There are many who still don’t know what dementia is and they wonder what sort of symptoms this disease has. If you too are one among the herd of people who are not sure about what the disease of forgetfulness is and how it impacts the elderly, you’ve clicked on the right post as we’re going to discuss few of the dementia symptoms which can be caused due to several conditions and risk factors.

Well, to be precise, dementia is not a specific disease but it is a syndrome. The fact that it is a syndrome means that the clinical traits of dementia that is called a progressive neurodegenerative disorder can occur to anyone due to many reasons like infections, injuries or other diseases. There is a long list of symptoms of dementia and few of the most common one are reduced ability to remember too many tasks in your mind, failure of memory, difficulty in understanding spatial distances, expression or language comprehension and overall cognitive decline.

Any of the above listed symptoms may also be caused due to several other reasons. For instance a person X might experience cognitive decline due to an HIV infection that is residing in his body, another person Y might be suffering from Alzheimer’s and this could interfere with her comprehension skills and short term memory. Someone else might have been suffering from vascular cognitive decline due to brain stroke. Each had similar symptoms of dementia but the differences between the causes were huge. Let’s take a look at few more causes of dementia due to which you may have to seek help of Home care services Campbelltown.

Among other causes, brain tumors, head injuries, infections like AIDS, HIV or meningitis, hormone disorders, metabolic issues like diseases of pancreas, liver or kidneys which tarnish the chemical balance of the body, hypoxia, drug abuse, nutritional deficiencies and chronic alcoholism are few causes which can be cured if treated for a long time.

It is sad enough to note that majority of the disorders which are related to dementia are mostly progressive which lead to a decline of function and which are also irreversible. Two of the major degenerative causes of dementia are vascular dementia and Alzheimer’s disease. Read on to know more on details.

There is no doubt about the fact that Alzheimer’s disease AD is the most popular irreversible reason behind causing dementia and it accounts for 50-70% of the cases of dementia. Alzheimer’s happens whenever there are unusual deposits of protein within the brain which harms the cells within the brain areas which control mental and memory functions. There is a leading scientific research which studied the origin of Alzheimer’s and they indicate the whenever there is an unusual accumulation of proteins called beta amyloids within the brain, this becomes the main reason behind the decline in cognitive functioning.

Preventing Alzheimer’s from developing is still not possible and here are the two basic risk factors which are responsible for this disease:

The second most common cause of dementia is vascular dementia and this accounts for 30% of the cases. This specific dementia is caused due to atherosclerosis. The dead cells, deposits of fats and other debris which form within the inner wall of the arteries gradually block the flow of blood to the brain. When the blood flow is interrupted, this can also lead to multi-infarct dementia. This type of dementia is usually linked with high cholesterol, high blood pressure, diabetes, heart issues and other such conditions. If you can treat these physical conditions, you can prevent vascular dementia from developing.

While it is true that the symptoms of dementia vary from one person to another, minimum 2 of the below mentioned key mental functions need to be impaired in order to be diagnosed with dementia:

Individuals who are suffering from dementia might have issues with their short term memory in a way that they may not be able to keep track of their money, of their bills and will also find it tough to decide everyday’s meals. Remembering appointments will become even tougher than before. As dementias are usually progressive, this means that the symptoms begin to worsen with time. So, if you know someone who is showing symptoms of dementia, you should immediately take him to a doctor and get him diagnosed as soon as possible. Under professional diagnoses, there are many stages of dementia which can be treated and also prevented, if not cured. Just make sure your health professional is an expert in dealing with senior health issues.

Diagnosing dementia – How to cope up with it

If you think that there is one particular test which can help you determine whether or not you’re suffering from dementia, you’re wrong. In reality, there is no single test which can determine whether someone is having dementia. Doctors, based on a keen medical history along with laboratory tests and physical tests, conduct a final test for either Alzheimer’s or dementia. The health professionals can decide whether or not a person has dementia only when he is totally certain. However, it’s tougher to analyze a specific type of dementia as the brain changes and symptoms of various dementias can certainly overlap.

Treating and taking care of a dementia patient

The way you treat dementia will depend on how the disease was caused. Most forms of dementias are progressive in nature and Alzheimer’s is also included within this list. Unfortunately, there is still no cure or treatment to halt this progression of this disease of forgetfulness. However, there are drug treatments which can improve the symptoms and the same medicines which are prescribed for Alzheimer’s are often similar to those that are prescribed for the different forms of dementia. There are also non-medicinal therapies which can reduce dementia symptoms.

Ideally, if you have to walk along the path of effective treatments for curing dementia, this is certainly possible through increased funding on researches and increased participation in clinical studies. You may check out http://dementiacaring.com.au to know more on dementia caring. Presently, there is a dire need of volunteers who are needed urgently to take part in clinical studies regarding dementias and Alzheimer’s.

The risk of developing dementia and the trick of preventing

While there are certain risk factors like genetics and age which can’t be changed, there are few other risk factors too which can be improved in order to keep dementia at bay. Let’s check out some such factors.

Is there a strong link between diet and dementia?

There’s so much that the media has to tell us about what we should eat and what we shouldn’t. One fine day you will be told that blueberries are the newest superfood available in the market that can delay the onset of dementia and the very next day, you’ll hear the same about plum. Have you ever felt confused about what information to rely on? Are there really foods that can diminish the risk of developing dementia? In case an individual is suffering from dementia, can he find any improvement in the progression of the disease by taking the right supplements?

A healthy heart is equivalent to a healthy brain

Irrespective of the type of dementia that you’re going through, you should reduce your salt intake as much as possible. Whenever you take a diet that is rich in salt, this is bound to increase your blood pressure which in turn boosts the risk of vascular dementia and stroke. Research reveals that three-quarters of the salt that we eat comes from breakfast cereals, bread, sauces and soups. So, if you think you haven’t added extra salt to your portion, it is still not enough. Don’t have more than 1 teaspoon of salt in a day.

Omega-3 fatty acids always have a vital part to play within the brain cells as they assist in maintaining the functioning and health of your brain. Research revealed that the seniors should have oily fish as they are rich in omega-3 and hence is related to cognitive functioning even after you reach your golden years. Our body naturally doesn’t make too much of omega-3 oils and hence we have to make sure we take enough of it. You will also find omega-3 oils in rapeseed oil, linseeds, soya beans and walnuts.

Vitamins E and C which are usually found in vegetables and fruits are the best examples of oxidants and these are substances which work against the adverse impact of oxidation which takes place naturally within the body. Research has always established a link between dementia activity within the brain and antioxidants but it has not been able to conclude that these foods will have a guaranteed impact in diminishing the risk of dementia.

Saturated fat is commonly known as animal fat or trans fats and they are often found in processed foods like pastries. These fats can heighten your level of cholesterol if you take them in considerably high quantities. There is also a link established between saturated fat intake and increased risk of dementia.

Therefore, it can be safely concluded that there is certainly a strong link between your diet and your ability to deter the progress of dementia. Make sure you follow a proper diet so as to delay the onset of this neurodegenerative disease.