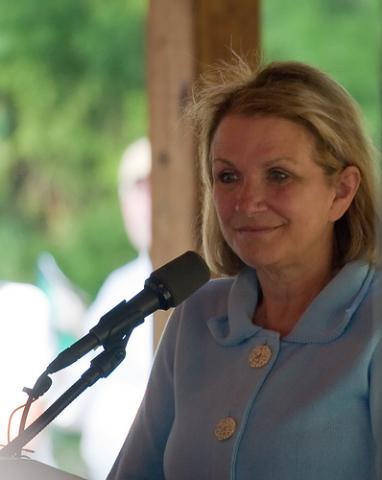 Elizabeth Edwards says voters should take a close look at Republican presidential candidate Sen. John McCain’s plan, one she says is far from the “straight talk” McCain so frequently claims he’s all about.

Edwards’ concern over the future of the nation’s health care system is shared by most of those who, like Donna in Florida and Cathey in New York, recently took the AFL-CIO/Working America 2008 Health Care for America Survey. Of the more than 26,000 people who completed our survey, nearly 7,500 respondents took the time to write about their personal health care experiences. Some 79 percent of respondents say that come November, candidates who can best fix the nation’s broken health care system will be a major factor in who gets their vote.

Edwards, whose husband, former Sen. John Edwards (D-N.C.), withdrew from this year’s Democratic presidential race, weighed in on McCain’s health care reform proposals at a meeting of health care journalists last weekend and again yesterday in a blog post on the Wonk Room after McCain’s campaign accused her of not understanding McCain’s proposal. McCain’s plan is one most, experts say, recycles failed Bush administration schemes that rely on the current private insurance system. In other words, McSame.

She told the journalists that as cancer survivors, neither she nor McCain (who survived a bout with melanoma) would be covered by his health policy because insurance companies wouldn’t have to cover pre-existing conditions like breast cancer and melanoma.

His plan does not set requirements on whom insurers should cover nor what they may charge. Insurance providers routinely coverage to cancer survivors. She also pointed out that McCain’s plan would encourage insurance companies to move to states with weak consumer protection laws, to avoid new tougher laws some states have passed to protect health care consumers.

After McCain’s campaign charged Edwards with misunderstanding his plan, Edwards took to the blog world to respond. In her Wonk Room post, she writes:

I am not confused by John McCain’s health care proposal….The problem is that, despite fuzzy language and feel-good lines in the senator’s proposal, I do understand exactly how devastating it will be to people who have the health conditions with which the senator and I are confronted (melanoma for him, breast cancer for me) but do not have the financial resources we have. In very unconfusing language: they are left outside the clinic doors.

She then asks McCain for some straight talk and answers to a series of questions about his plan and health care costs, co-pays, insurance companies, required coverage and more.

I am not confused about your reputation: you are the straight-talker, you like to say. This is about health care, Senator McCain. Doesn’t the American voter deserve some straight answers to these questions.

Answers we all deserve, especially those like Donna, who writes on our Health Care in America Survey that “more and more coverage is slipping away as co-payments increase every year,”

but as I require additional treatment I am finding a lot of red tape, hassles, tests not covered or partially covered. I feel that they whittle away at what and where things are covered. We believed one thing and are noticing it is not so black and white….

I have two teenagers and thank God they are healthy, but I am concerned for their future and mine as I grow older. I really hope getting the right president in office will make a difference.

In New York, Cathey says the soaring cost of health care forced her family to choose between health care and other necessities.

My family is experiencing a financial meltdown because of the lack of affordable insurance. We simply had to give up our insurance because the monies that were needed for our health coverage are excessive….Let’s hope the upcoming presidential and local elections put people in office who truly care about this extremely critical issue.

For a more detailed look at McCain’s proposal, click here.