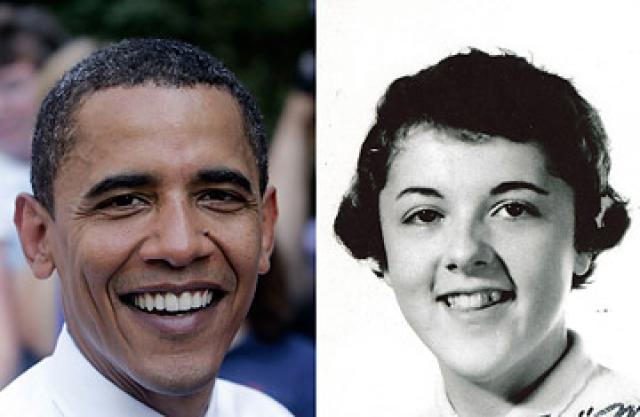 Each of us lives a life of contradictory truths. We are not one thing or another. Barack Obama’s mother was at least a dozen things. S. Ann Soetoro was a teen mother who later got a Ph.D. in anthropology; a white woman from the Midwest who was more comfortable in Indonesia; a natural-born mother obsessed with her work; a romantic pragmatist, if such a thing is possible.

"When I think about my mother," Obama told me recently, "I think that there was a certain combination of being very grounded in who she was, what she believed in. But also a certain recklessness. I think she was always searching for something. She wasn’t comfortable seeing her life confined to a certain box."

Obama’s mother was a dreamer. She made risky bets that paid off only some of the time, choices that her children had to live with. She fell in love—twice—with fellow students from distant countries she knew nothing about. Both marriages failed, and she leaned on her parents and friends to help raise her two children.

"She cried a lot," says her daughter Maya Soetoro-Ng, "if she saw animals being treated cruelly or children in the news or a sad movie—or if she felt like she wasn’t being understood in a conversation." And yet she was fearless, says Soetoro-Ng. "She was very capable. She went out on the back of a motorcycle and did rigorous fieldwork. Her research was responsible and penetrating. She saw the heart of a problem, and she knew whom to hold accountable."

Today Obama is partly a product of what his mother was not. Whereas she swept her children off to unfamiliar lands and even lived apart from her son when he was a teenager, Obama has tried to ground his children in the Midwest. "We’ve created stability for our kids in a way that my mom didn’t do for us," he says. "My choosing to put down roots in Chicago and marry a woman who is very rooted in one place probably indicates a desire for stability that maybe I was missing."

Ironically, the person who mattered most in Obama’s life is the one we know the least about—maybe because being partly African in America is still seen as being simply black and color is still a preoccupation above almost all else. There is not enough room in the conversation for the rest of a man’s story.

But Obama is his mother’s son. In his wide-open rhetoric about what can be instead of what was, you see a hint of his mother’s credulity. When Obama gets donations from people who have never believed in politics before, they’re responding to his ability—passed down from his mother—to make a powerful argument (that happens to be very liberal) without using a trace of ideology. On a good day, when he figures out how to move a crowd of thousands of people very different from himself, it has something to do with having had a parent who gazed at different cultures the way other people study gems.

It turns out that Obama’s nascent career peddling hope is a family business. He inherited it. And while it is true that he has not been profoundly tested, he was raised by someone who was.

In most elections, the deceased mother of a candidate in the primaries is not the subject of a magazine profile. But Ann Soetoro was not like most mothers.