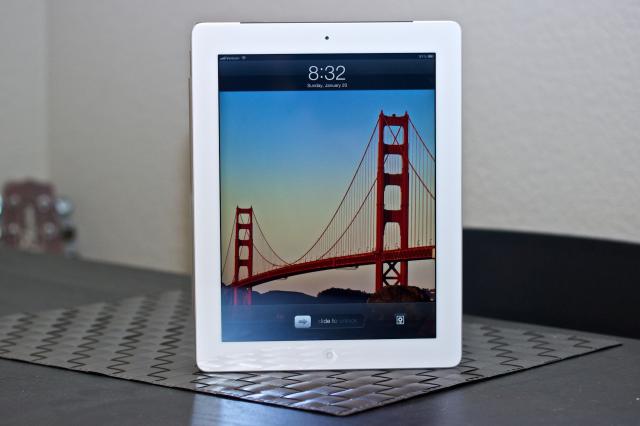 On Tuesday Apple announced a “off cycle” 128GB iPad (4th Generation). While this was initially regarded as a well timed attack on Microsoft’s Surface Pro launch (which does carry some weight), I think the true meaning of this quiet announcement is something much bigger.

Apple is getting ready to start cannibalizing its Mac line.

Two years before the iPad was introduced, the Macbook Air was released to great fanfare. Being unlike any computer available at the time (a full powered machine that was more compact than an underpowered netbook) it quickly became one of the driving forces in Apple’s Mac lineup. Apple introduces the iPad two years later which proceeds to completely change not only the tablet landscape but also the computer landscape forever. You no longer need a laptop/desktop to get on the internet, edit photos, write a document, or even read a book.

The iPad has offered three major differences to the MacBook Air since it’s conception: Touchscreen, Keyboard, and Memory. You can pair a bluetooth keyboard with an iPad and with the introduction of a 128GB of NAND Flash memory, you can foreseeably use this as a primary computer. This new iPad model offers enough space to store a large amount of files/apps and the ability to use without an computer to setup. It’s easy to see how this iPad is beginning to "prime" consumer to the thought of an iPad as a primary machine. This is not a far fetched thought- look how the adoption of the iPad over the last three years have changed people’s thoughts/usage patterns on computing.

Now, the MacBook Air has never offered a touchscreen panel, which is rumored to be the byproduct of designing a screen/screen enclosure that is so thin. The Air has also never been offered with an onboard cellular chip (for reasons unknown). With the rise of the “Ultrabook” line of computers from Microsoft (which were created in response to the Air) and the touchscreen functions of Windows 8 being offered in said Ultrabooks, the convergence of a touchscreen full powered computer is looking more clear than ever. I don’t think it’s long before touchscreen functionality comes to the OSX operating system.

This is why I think the 128GB iPad is the first step in Apple’s long game of converging the iPad and MacBook Air product lines. As shown by the removal of the CD drive in the Air, Apple isn’t afraid of making hard choices when it comes to features that sacrifice mobility.  OSX and iOS are part of the same underlying OS structure as well. Tim Cook has said he doesn’t mind their products cannibalizing each other. We are now seeing the beginning stages of that comment come to life.