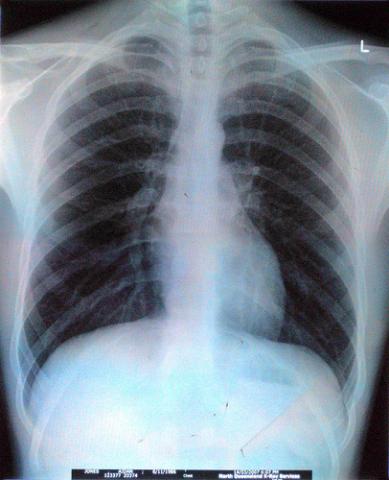 On the face of it, tuberculosis (TB) and the business of making money have absolutely no link, but ill health caused by TB does affect productivity and profits, according to a new report from the World Economic Forum (WEF) in conjunction with the Harvard School of Public Health.

TB is increasingly being recognized as major public health problem, on the rise in many parts of the world, especially sub Saharan Africa.

Over the last 25 years, TB has re-emerged, and the disease’s link to HIV is considered to be at epidemic proportions. The private sector is now awakening to the fact that better health leads to improved economic development, and is therefore taking a keen interest in addressing worker health-related issues.

"TB robs companies of valuable employees. When employees fall sick with TB, they may transmit the disease to fellow workers and may miss several months on the job if they fail to receive treatment. All of this severely affects business," says Marcos Espinal, Executive Secretary of the Stop TB Partnership in the preface to the report titled Tackling Tuberculosis: The Business Response.

The report was commissioned as an in-depth study of what businesses in the World Economic Forum’s Global Health Initiative are doing to combat AIDS and TB in the workplace with the objective to expand such initiatives.

"Businesses bring creativity and innovation to the AIDS response; they have specific skills and expertise in key areas such as management, media, logistics and finance which make them a valued partner in the response to the epidemic. The Business Coalitions help to ensure that the response is coordinated and that knowledge and expertise is shared across the board," said Peter Piot, Executive Director, Joint United Nations Programme on HIV/AIDS (UNAIDS).

"I hope this report will encourage more companies to join an existing coalition or create the impetus to establish a new one."

Despite the fact that TB is preventable and curable, its association with AIDS, particularly in sub-Saharan Africa makes affected people reluctant to take up treatment. In fact, the close link between TB and HIV poses a twin threat in that region.

The stigma associated with TB is a key challenge contributing to the explosion of the disease. According to the report, businesses in areas where TB is widespread are the most likely to suffer.

"If the disease takes hold in a company, it can spread from worker to worker, particularly if there is prolonged contact between employees with TB disease and those that are uninfected," says the report.

Nearly one-third of over 11,000 business executives interviewed said that they expected TB to affect their business in the next five years, with executives in sub-Saharan Africa, Asia, and Eastern Europe most concerned. Besides threats of increasing numbers of TB/HIV co-infection, the business sector is also affected by the growing concern of drug-resistant TB.

"The situation is … challenged by the growing concern of multi-drug resistant (MDR) and extreme drug resistant (XDR) TB, inadequate health care systems as well as redundant tools," says Richard Samans, Managing Director of the World Economic Forum in a foreword to the report.

"Although the disease can be transmitted in workplaces, workforces offer a ready audience for TB educational campaigns. Businesses have many skills that can help tackle health problems. There is strong potential, therefore, for them to help in the fight against TB," he adds.

In many parts of the world, the fight against TB has been hampered by the lack of resources and technological innovations to improve TB diagnostic tools. Given the gravity of the problem, it is in the interest of the private sector especially in the most TB affected regions to make serious investments in efforts to fight the disease.

"Businesses can benefit from improved health through reduced costs and absenteeism, increased labor productivity, and lower recruitment and training costs, as fewer workers retire or leave for health reasons," says the report.