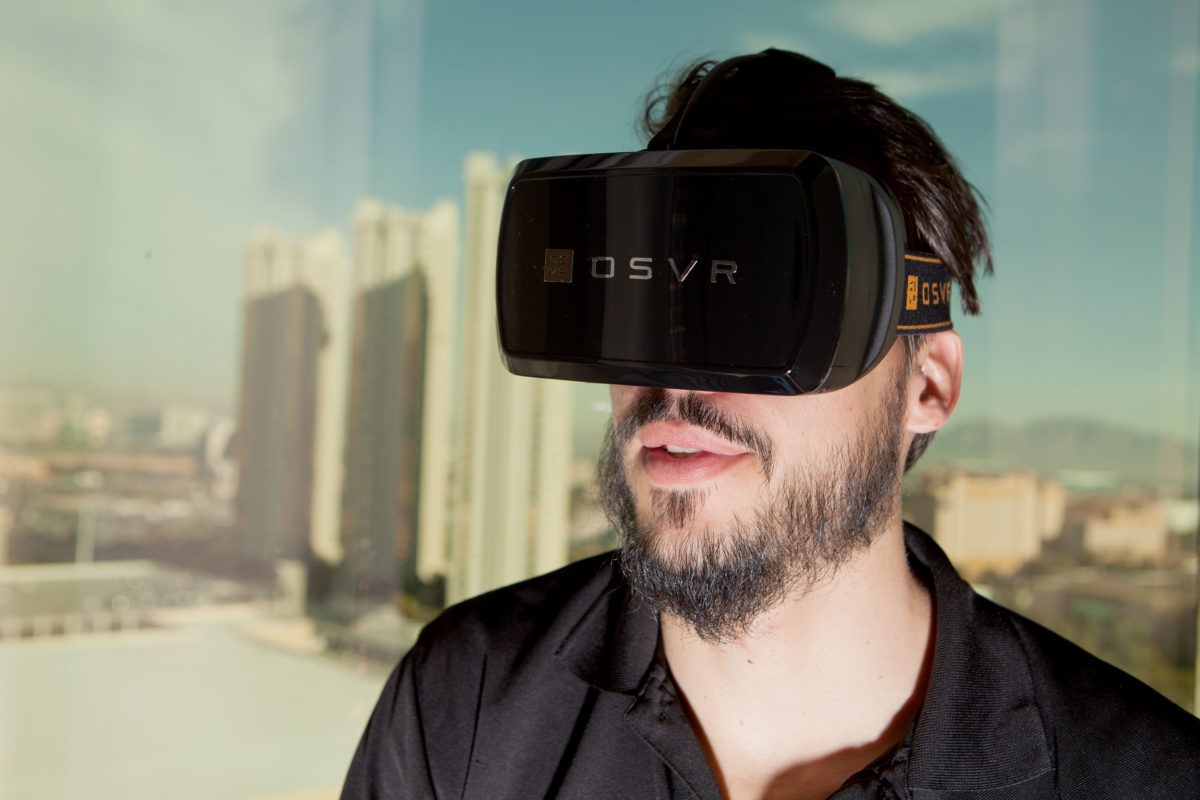 Just like other industries, the video game industry also goes through various phases of technology advancement and trends. Like the advent of 3D games in the middle-to-end of 1990s, the boom of online gaming and MMORPGs in the 1st half of the 2000’s and 2nd half of the 2010’s is very likely to host a new, powerful trend – virtual reality gaming that is accessible to most players.

The idea of being fully immersed in a virtual world isn’t new – the term “virtual reality” was coined in the 1980s, and many attempts have been made to immerse players in virtual reality games, and also to find other uses for VR, such as museum tours or combat simulations for the military.

With many gaming goggles and accompanying 3D games coming out during 2016, this technology will finally have the possibility in cementing a well-deserved place in the heart of gamers. Investors also believe in virtual reality – according to a report published in November 2015, there were 119 deals related to virtual reality and augmented reality headsets, helmets and accessories, totaling about $602 million until the conclusion of the report.

There are quite a few VR gaming headsets on the market, and the choice can be quite daunting at first. What should we look for in these headsets when picking the one that is right for us? While most of them are made for PCs, some are exclusive for mobile platforms, yet some others are locked into specific app stores. The same is true for weight, field of view inside the headset, available accessories, audio support, price ranges and more. We will review the best 10 from all the available VR helmets, and give you details about these important factors. 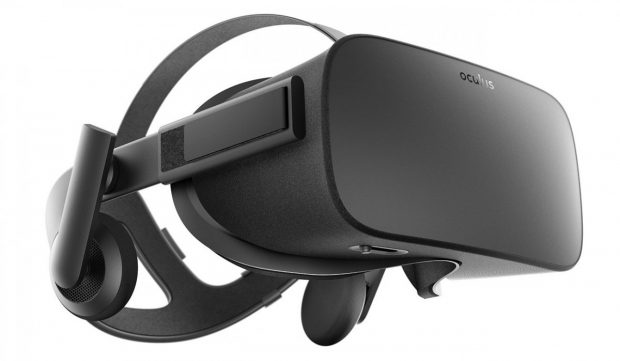 Out of all the VR headsets, the Oculus Rift is the most well-known one, with a 22% awareness among the participants of a recent survey. The first wave of the Oculus Rift shipped at the end of March 2016, but there were some controversies about missing or late deliveries. The Rift is often called a “walled garden”, because the native VR games on this headset are limited to games and apps present in the Oculus Store, and to any games where developers have chosen to build Oculus support into their game engine (War Thunder is one such example). The Rift comes with a remote unit that can be slapped on your wrist and used for simple non-gaming related controls such as video playback, menu navigation or volume adjustments.

An Xbox One controller is also included in the package. While such a controller is not too ideal for some games, it can get the job done in ones such as EVE: Valkyrie or Lucky’s Tale, which could also easily be played via regular methods.

The Oculus Rift requires a very powerful PC to handle its two screens totaling a resolution of 2160*1200, which look really good, albeit some users easily notice the pixels in diagonal objects. Audio support is included in the headset itself, which is a huge plus over the HTC Vive, where the player has to use separate headphones or earbuds. The Rift is also 200 grams easier than the Vive. Retail price for the Rift is $599. 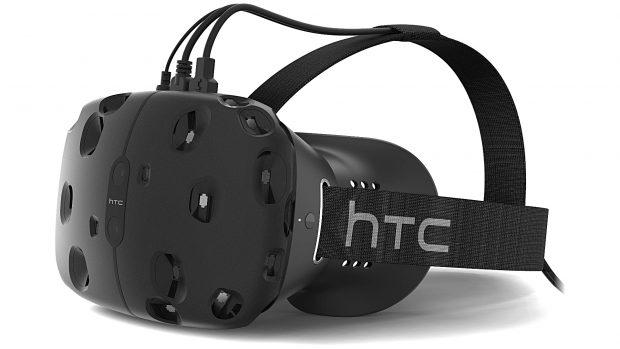 Launched in early April and greeted by a huge preorder success – with 15,000 units pre-ordered within 10 minutes after orders have opened up – the HTC Vive seems to enjoy an amazing initial success. Thanks to the partnership between Valve and HTC, the headset launched with quite a lot of first-day titles available on Steam.

As for the helmet and associated accessories, it is one of the best available currently, but it has quite a lot of requirements: a very high-end gaming PC, a sizeable empty area in the room you want to play in, and a very hefty price-tag of $799.

In return for this, the set includes two joystick-like motion controllers that go into your hands, two Lighthouse sensors to define the boundaries of your play zone, and a more open platform than Oculus. The two screens are each 1080*1200 with 90Hz refresh rates, and are a bit taller than most other VR gaming headsets, allowing you to see a bit further up- and downwards.

The Vive can be adapted to different head sizes thanks to foam inserts and “nose gaskets”, and it can also accommodate players using glasses. The two motion controllers help in making the games even more immersive than if they were played with regular controllers. There is only one caveat – the Vive comes without built-in audio systems, but it features an audio jack, so you have to use your own headphones or the earbuds included in the Vive package. 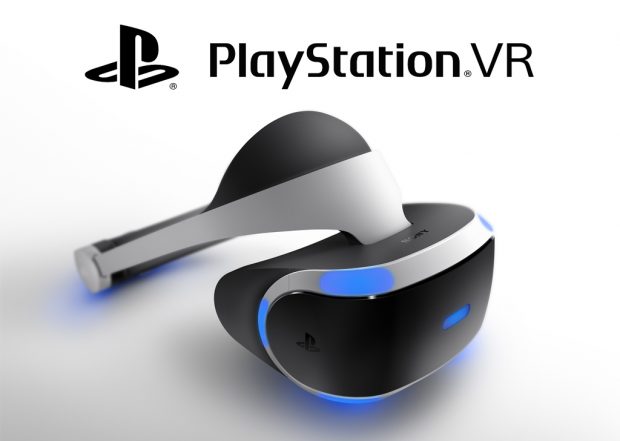 It only uses one display, which is 1920*1080, so in this regard, the headset lacks the graphical fidelity of the previous two flagships. There will be a variety of controllers – the DualShock 4, official PlayStation steering wheels, or the PlayStation Move controllers – most games will be using the Move controller, judging from previews so far.

The main focus for PlayStation VR will be to provide an easy to use virtual reality gaming solution for PlayStation owners. While we don’t know the exact prices yet, we’re sure it won’t be as expensive as the Rift or the Vive. 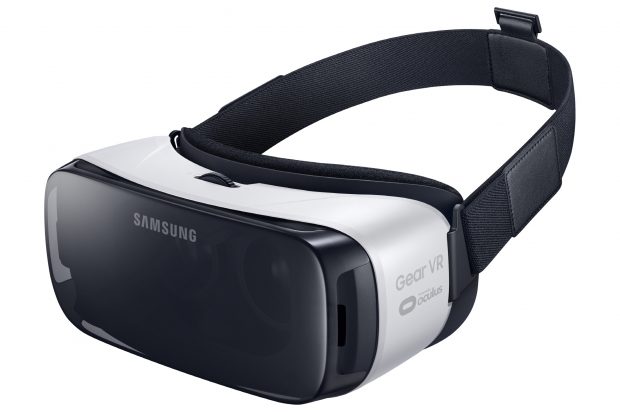 The Gear VR by Samsung is aimed for more casual and passive users, who already own or are planning to purchase a more recent phone from the Galaxy S series. The Gear VR is quite affordable when compared to the previous offerings, with a price tag of $99.99. However, the headset itself is not as sophisticated as most other offerings, as is intended for simpler games and consumption of media, so don’t expect very high-quality gaming on these devices. In spite of this, the Gear VR is an excellent choice for those who want a more mobile, simple and casual experience which is cheaper than the competition, provided they already own a recent Samsung Galaxy phone.

The headset is tied to the Oculus Store, which offers some good, albeit simple 3D games for the user to enjoy. The two lenses focus on the display provided by the smartphone, which are around 2556*1440. Sound has to be provided by a pair of earbuds or a headset connected to the phone’s audio jack. Controls are done via looking around and tapping on the touchpad on the right side of the headset. Specific Samsung-related gamepads can also be used with the helmet. 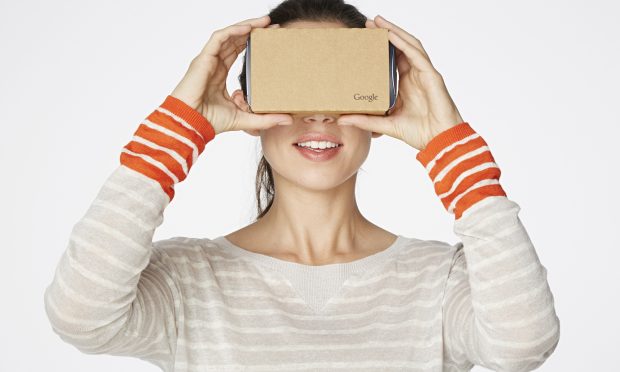 Cardboard by Google is one of the simplest and most affordable versions of VR headsets. And they are also very basic – you can either build your own viewer or order a fairly cheap one for 20-50 or so USD from a few places. There are quite a lot of simple VR games and applications for the open Cardboard platform, as seen on Google Play. Some Cardboard variants may come with straps for your head, other will need to be held up with you hand. Sound can come from the loudspeakers of the phone, from earbuds or from a headset, whatever your preferences might be.

Cardboard is a great entry point for a taste of VR, but it cannot hold a candle to any real, well-built VR gaming headsets. 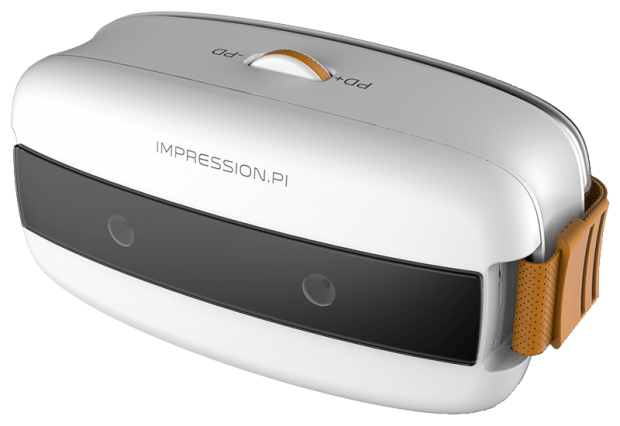 Impression Pi, which will be available sometime during the summer of 2016, is a more advanced and manufacturer-independent take on mobile VR. The headset will be a bit expensive starting at $149, considering it is yet another virtual reality helmet for mobile phones. It will be able to incorporate most smartphones, and a higher priced variant will come with a built-on display. The headset will also be able to detect head position, movement and objects around the user. Moreover, it will be able to project holograms into the real world.

We don’t know how well will this headset support games, but it is sure that it will support the Unity engine and the Google Cardboard SDK, making apps made with these readily available. 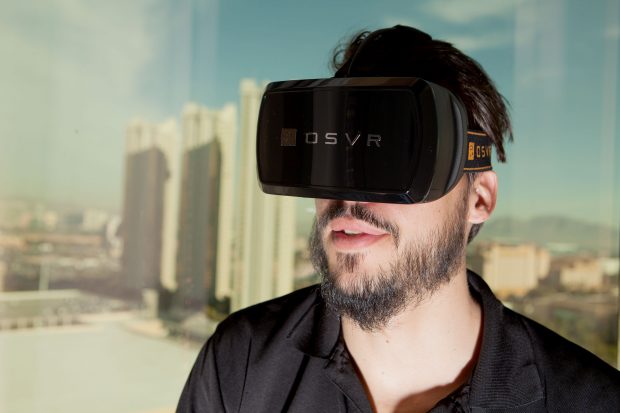 Razer’s OSVR (Open-Source Virtual Reality) is not available currently as a consumer product, and it is unknown whether it will be released to the masses. But developers should go for the OSVR Hacker Dev Kits, as those prove to be unbelievably modular: any VR ecosystem, any peripherals, accessories and almost all other devices can be made compatible thanks to the open source standard. These devices have the potential to be the base for mid- and lower-range, very affordable virtual reality gaming devices for PC users.

The Hacker Kit features a 1920*1080 display with 60Hz refresh rate, which is not that impressive when compared to high-end goggles such as the Rift.

Some more information (mainly marketing) can be read on the official site for OSVR. 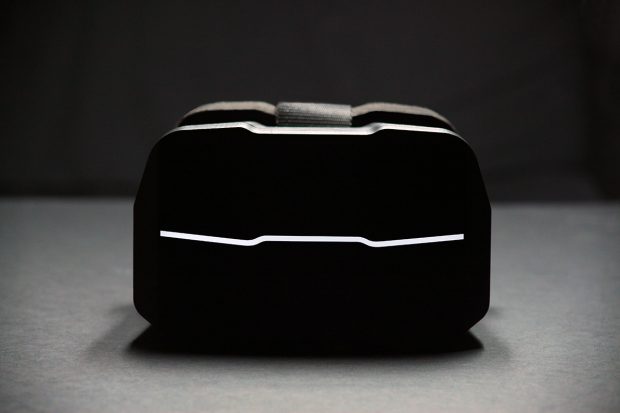 The VR headset Visus is quite unique among all of them, as it requires both a smartphone (to provide a display) and a PC with a Nvidia GTX graphics card. Hardware present in the headset itself, in addition to the graphics card inside the PC, focus solely on the lowest possible transmission delay from the PC to the phone display. The headset also features a 2000MAh battery to keep the phone charged, and a headphone jack will be used for audio input; the goggles won’t come with any built-in solution.

For an additional $29 fee, the Tridef software will also be bundled with the headset, enabling the player to create stereoscopic 3D from almost any regular 2D game, greatly expanding the amount of titles that can be used in VR. Shipping will start in April 2016, with a price of $149. 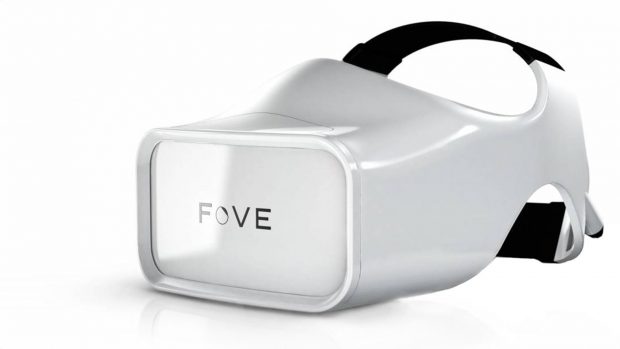 FOVE VR has a unique take on the high graphics requirements of most conventional virtual reality gaming devices: with the built-in eye tracking, it will be able to focus heavier graphics rendering on areas the eye is focusing on more often, while taking away a bit from parts only covered by peripheral vision. In addition, the in-game cursors could also be broken free from head movement: this eye tracking can be used to navigate game menus just by looking at ones the player wants to select.

The FOVE VR will sport a single 2160*1440 display with a FOV of about 100, and while the eye tracking part is still a bit rough, it has a great potential in game development. First units will ship sometime in the Spring of 2016 according to their official site. 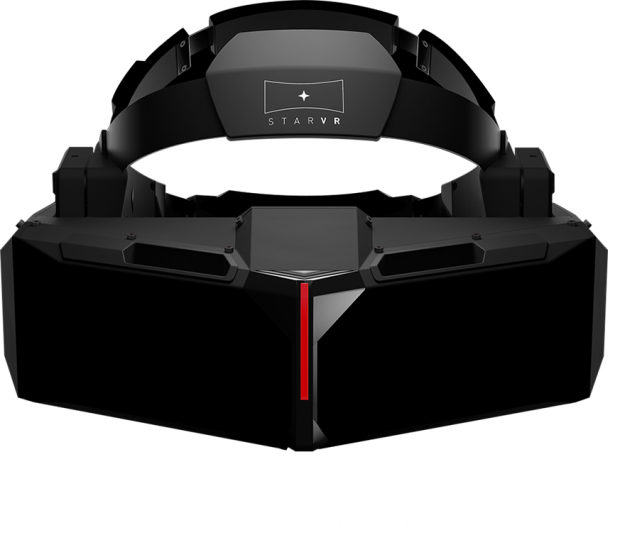 StarVR’s strong suit is their huge, almost 5K-sized display, featuring an ultra-wide horizontal FOV of 210 and vertical of 130. The two displays, with their 2560*1440 resolutions, offer almost doubly detailed graphics when compared to the Rift or the Vive, but this will come with even more monstrous system requirements. StarVR is planned to be used with SteamVR.

Release date for this VR helmet is unknown at this time.

With all the new virtual reality headsets and related accessories coming out in 2016, it is a good time to start thinking about selecting one you want to use for the coming years. We hope this article was helpful in making that hard choice.

Filed under: Business, Media & Tech
Share Tweet Pin G Plus Email
previous article: How to Choose the Right Hairstyle for Your Lifestyle
next article: Supporters for Melissa Calusinski March in Labor Day Parade