Fatih Ozavci from Context Information Security highlights risks of growing VoIP attack surface and threats August 4, 2016: With more organizations turning to VoIP (Voice over Internet Protocol) and cloud-based Unified Communications (UC) systems to underpin their commercial services and corporate communications, IT response and security testing teams are struggling to keep pace with the […]

There are some moot points between countries which while discussing cause usually painful reaction on both sides and even it may threaten severe exacerbation of relations. So called Volhynian massacre is the same theme for Poland and Ukraine. It is the massacre of polish population in western Ukraine in the summer 1943. Two countries have […]

When we talk about cyber terrorism and warfare (CTW), it’s not just at the international level, now it has taken a new form at an individual level where infiltrators and cyber attackers are taking down portals and websites according to their will and situation. It is not just an example of one or two cases […]

It is really sad and unfortunate Vedanta is dragged into this needless controversy with utter disregard to propriety and whether all this is believable.  Among the multiple roles played by media, the most important one is to enable readers make intelligent choices.  Amnesty is just making an attempt to tarnish the image of Anil Agarwal […] 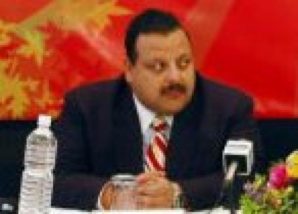 Political Advisor to the Chief Minister, Devender Singh Rana has described as incorrect and misinterpreted, the news report that has appeared in a section of the media which has twisted the remark of the Chief Minister, Mr. Omar Abdullah made in a lighter vein during his election rally at Vijaypur on Tuesday.   […]