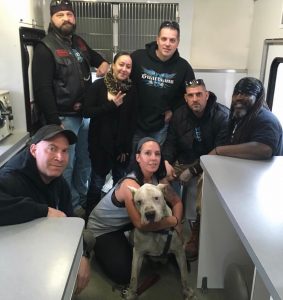 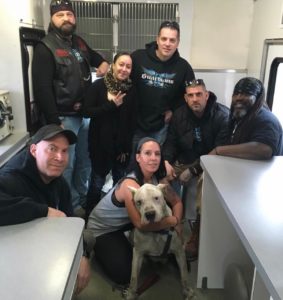 Every dog deserves a happy life with a loving family, but that’s not what they all get. Some people, however, set out to do what they can to find those dogs that are being mistreated, and to work to give them a whole new life. That’s exactly what happened with Tito, a Dogo Argentino dog breed that has lived his whole seven years at a New Jersey junkyard, where he was being mistreated, neglected, and was near death when he was rescued.

“This dog was in such horrible condition that he could barely walk,” stated Robert Misseri, founder and president of Guardians of Rescue (GOR). “He has been severely neglected and it’s so sad to see. We had to act and do what we can to change things for this him.”

The dog was found by a Good Samaritan in the community who discovered the terrible condition that he was in. The dog had been living in a mechanics shop his whole life and was also being used for breeding purposes. When rescued by Guardians of Rescue, he had severe ear infections in both ears, which has lead to hearing loss, he was 35 pounds under weight, was living in constant pain, and could barely walk. He was also filthy and had teeth that were going bad.

“No one knows how much longer he would have survived, but for however long it was painful each day just for him to live,” says Dr. Marvin “Moose” Baynes, the Guardians resident veterinarian who did the evaluation and is caring for him. “Tito is recovering and doing well. He’s lucky to have been rescued and we will do all we can to help him make a recovery.”

Tito is currently with Dr. Baynes as he continues to have his health evaluated and be treated. There is a YouTube video online, where people can get a glimpse of the condition the dog was in when surrendered to the Guardians: https://www.youtube.com/watch?v=mlGEzXkQnFM&feature=youtu.be.

Guardians of Rescue has a new show called “The Guardians,” which airs on Animal Planet on Saturday’s at 10 pm EST.

The community can assist GOR by watching out for animals in need and contacting the organization when they see those in distress. Guardians of Rescue provides assistance to animals out on the streets, helping to rescue them, provide medical care, food and shelter, and find foster-home placements. They are also instrumental in helping military members with their pets, and in providing service dogs to veterans suffering from post-traumatic stress disorder. To learn more, get involved, or to make a donation to support the Guardians of Rescue, log onto www.guardiansofrescue.org.