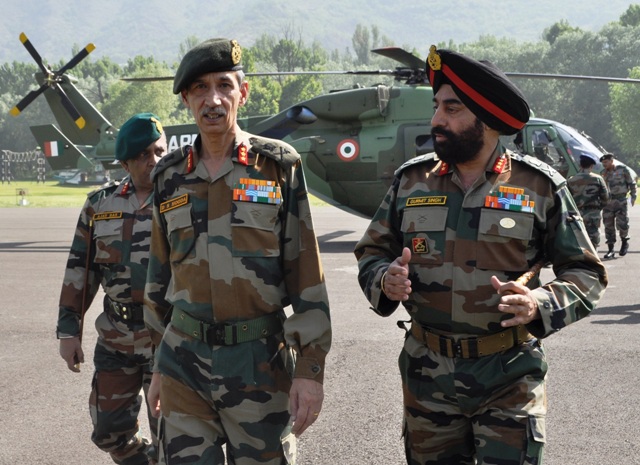 Srinagar, June 09, (Scoop News)- After taking over as Army Commander of the coveted Northern Command, Lieutenant General DS Hooda arrived at Srinagar today, on his maiden visit to Chinar Corps for familiarisation and deliberations on prevailing security situation in the Valley.

On his arrival, the Army Commander was received by Lieutenant General Gurmit Singh, Chinar Corps Commander and was briefed on the current operational situation along the Line of Control and internal security environment prevailing in the hinterland.

The Army Commander called on NN Vohra, the Governor of Jammu & Kashmir and discussed the security scenario with special reference to the conduct of Shri Amarnath Yatra. Lieutenant General Hooda also met Chief Minister Shri Omar Abdullah at his residence and discussed the security related issues. The Army Commander left for Headquarters Northern Command in the afternoon.