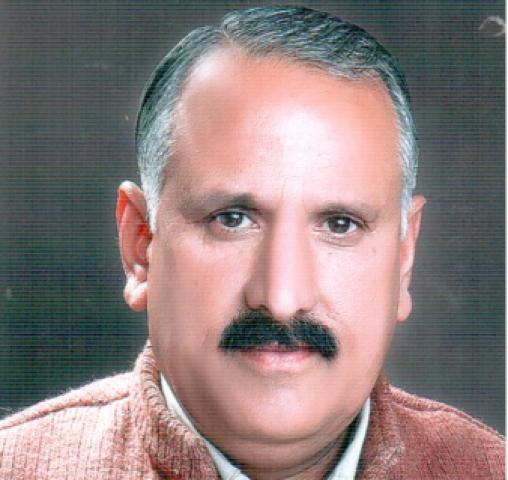 Jammu, April 19 (Scoop News) – The State wing of BJP warns the NC-Congress coalition that it will not allow the sacrifices made by Brig. Rajinder Singh, Brigadier Usman, Dr. Shyama Prasad Mukherjee and countless others to be undermined by the communally and regionally divisive policies or efforts to deprive vulnerable sections of their hard won rights or to continuously deprive local communities the right to manage their own affairs by them.

Addressing a press conference in Jammu on Monday after   2-day meeting of state working committee,BJP State President Shamsher Singh Manhas alongwith State General Secretary, Satish Sharma and State Spokesperson Ramesh Arora said that BJP will not allow the Coalition partners to get away with their anti- people and anti- national politics and will take these issues of crucial importance to people of the state thereby preparing them for political struggle. He calls on the people of to come together, rising above all considerations to fight for the rights that their compatriots in other states are routinely enjoying as citizens of largest democracy of the world.

BJP President said that BJP reiterates that the people of the state shall experience true and meaningful freedom only when it constitutionally integrates with the Indian constitution after abrogating Article 370. Freedoms and liberties that are taken for granted by the citizens and local communities in the rest of the country will automatically apply to the people of . The state will finally be free of the politics of blackmail through separatist, communal, anti-women, and regionally divisive policies.

He told reporters, BJP demands that the 73rd and 74th Amendments should be extended to this state immediately. This will usher in the process of democratic de-centralization in this state and reduce most of the so called alienation that is there in the Valley. A beginning in this area through the immediate holding of the overdue local body and Panchayat elections must be made. This development will also result in the release of grants by the Central Government long withheld as Panchayat elections were not held.

The economy of the state especially the agricultural sector has been devastated by the drought. Here, a famine like situation is created due to steep rise in prices and scarcity of food stuffs. The BJP demands that the whole of be declared as drought effected and due relief be given to the people. The power sector (which should be the state’s strength) is in shambles.  There is absolutely no effort to spread tourism to the many beautiful locations of as well as the numerous places of pilgrimage that are located here. The response of the administration has been to divert attention by playing up the “autonomy” bogey. The Sageer Ahmed Report that backed this conclusion is considered indefensible by any dispassionate observer on the state’s politics.

The BJP is of the firm view that if and Ladakh regions of the state are to be liberated from the parochialism of the political elite of the Valley that panders to and relies on separatist sentiments for their sustenance, these regions must be politically empowered. It is, therefore, imperative that a delimitation exercise for the Assembly and Lok Sabha seats of the state be carried out at the earliest .This had been promised by coalition parties in their manifestoes.  In the short run, at least 8 assembly seats out of the 24 allotted for the residents of occupied in the state’s constitution be allotted for POK refugees residing in . Further, as the government claims to rehabilitate the displaced Kashmiri Pandits in Kashmir, besides other steps ,it is very important to politically empower them so as to make them feel that also belongs to them and the state’s democratic setup has got some space for them. So, at least 5 Assembly seats should be reserved for them in the .