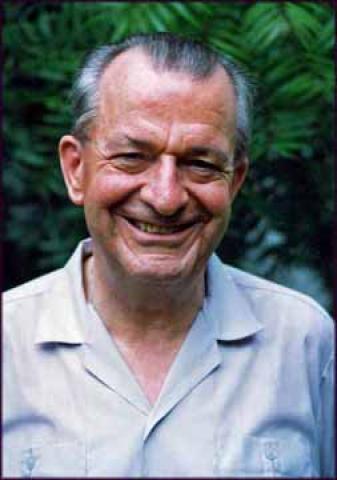 It was a typical Sunday afternoon in Pagadian City a center for agricultural traders and large predominantly Christian community on Mindanao island.

Like most Catholic Priests Father Michael Sinnott, was resting after saying mass, another lazy Sunday afternoon in the home of the Columban missionary fathers a little television, a book, and off to bed for Father Michael was all that seemed in the cards.

But in rare display of violence, outside the southern islands of the Sulu Sea, suspected terrorists struck the Columban Fathers Home in the Gates District, a group of Armed men burst into the mission home grounds and seized Father Michael.

They forced the 78 year old Irish Priest under a blanket and pushed him into a small stolen pick-up truck. A statement issued by the Columban Fathers Monday reads.

"Columban Father Michael Sinnott was kidnapped this Sunday evening (11 Oct.) at about 7.30 pm (local time) from outside his home in Pagadian City, Province of Zamboanga del Sur, Mindanao, as he was taking an evening stroll in the garden."

The Zamboanga peninsula has seen a wave of kidnappings most blamed by police and security forces on a terrorist group called the Abu Sayyaf, or also known as the al-Harakat al-Islamiyya a Al Qaeda ally and one of the most violent and viewed as extremist among the several militant Islamist separatist groups in the southern Philippines.

Both local police and international counter terrorism experts view the attack as the handiwork of the Abu Sayyaf, and link it to a visit by the Philippine President to the City only hours before to open a new airport there.

"They may have used the focus of security forces attention on the airport and center of town as a chance to do the attack on the priests home." a Local police official said on background. "The goal here was to embarrass the government."

A police checkpoint has been in place near the fathers home as precaution only a few blocks away but the kidnappers drove quickly past it and then onto a nearby beach in a isolated part of the town.

The Abu Sayyaf  nor any other group has yet to claim responsibility for the kidnapping, But Police and Military Intelligence units say they had been monitoring the group and increased security on President Arroyo’s visit earlier in the week.

Authorities have denied reports that the Priest had been killed and his body burned in the stolen small pickup truck, saying the report was baseless.

Police note that the ASG has kidnapped Columban Fathers before and released them after ransom or negotiation. In the statement by the catholic missionary group Father Michael has been in the Philippines off and on for nearly 42 years,

"Fr Michael is a native of Barntown. Co. Wexford, Ireland, born in 1929." the statement goes on to say, "He was ordained in 1954 and following studies in Rome, assigned to Mindanao, Philippines in 1957. He served in Mindanao until 1966"

He was sent by the order back to Ireland, "then assigned to the theology staff in Dalgan Park, Navan."  but made visits to the Philippines during that time. "Father Michael returned to Philippines in 1976 where he has served in a variety of pastoral and administrative roles."