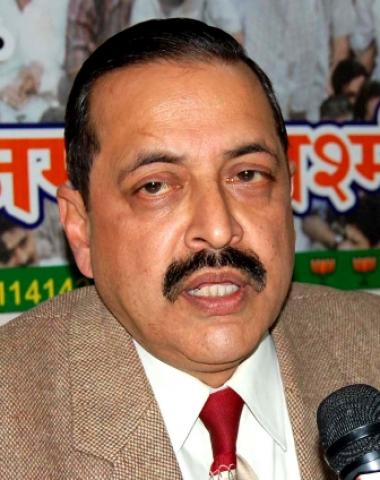 Jammu, February 23 (Scoop News) –BJP state Chief Spokesperson & National Executive Member Dr. Jitendra Singh today reiterated that BJP stands for full and complete integration of J&K with the Union of India which included abrogation of Article-370 and considers “Autonomy”, “Self-Rule” or “Azadi” roadmaps as a means to weaken the relationship of the state with rest of the country physically and psychologically.

Addressing a press conference in Dr. Jitendra Singh alleged that the team led by Dalip Padgaonkar had clearly exceeded its brief in making certain observations and statements during their press conference which betrayed their biased approach and their undue indulgence with the state administration in seeking assurance from Chief Minister and Chief Secretary for implementation of the recommendations made by them in their report.

Dr. Singh said the Govt. of India must first clarify whether the Interlocutors had already submitted some kind of report to the Centre without the knowledge of opposition parties and if so, what were the contents of such a report. He further asked that if Interlocutors had been simply assigned the job of finding out factual position and view point of different stake holders in J&K, then in what capacity were they claiming to have secured assurances from Chief Minister and Chief Secretary for implementation of the report even before it had been officially and publically deliberated upon by the Union Home Ministry.

Dr. Singh also questioned the constitutional propriety of the State Chief Minister briefing the Interlocutors about the measures initiated by him to implement the recommendations made in the report, as claimed by Mr. Padgoankar and his other two colleagues. Does this mean that the Union Home Ministry has already clandenstinely started implementing the Interlocutors report without taking the opposition parties into confidence, he asked? Does this mean that the Union Home Ministry is clandestinely in connivance with the state administration in implementing a secret agenda  without taking all shades into confidence, he further asked?

On the one hand, Dr. Singh, said the Interlocutors admitted in their press conference that they were trying to trace the contours of a political settlement that takes into full account the diversity of political aspirations without disrupting the unity and territorial integrity of Jammu and Kashmir, and on the other hand they have also asserted that they would not like to “dent the special status of the state”. Does this mean that the Interlocutors have come with a preconceived mind to ensure or further supplement the special status of the state which is not in keeping with the position taken by the BJP, he asked.