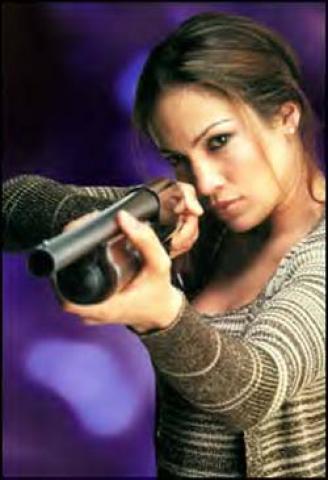 All you Eves out there rise and shine and get ready for the day since it’s not just another day of life, infact it is a damn special one. Comes once in 1461 days that too with a marvellous tag attached; On 29th February every woman shall have right to propose to any man she likes – and if he refuses, he’s liable to be fined.

Yes the tradition, said to go back to Saint Patrick and Brigid of Kildare in 5th century Ireland, but apparently not attested before the 19th century, whereby women may propose to men for marriage but only in leap years.

Because men felt that put them at too great a risk, the tradition was later tightened to restricting female proposals to the modern leap day, 29th February.

Taking the tradition steps further, supposedly in a law dated back to year 1288 by Queen Margaret of Scotland, on this day a woman can propose any man she likes – and the would-be husband is bound to accept her proposal, he could only refuse if he was already engaged. Fines were levied if the proposal was refused by man; compensation ranged from a kiss to £1 to a silk gown.

The leap day tradition stems from the fact that February 29 was not a real day and had no status in English law, therefore normal customs had no status either.

So go ahead girls, it’s your day’n date out (officially) and what must not be left unmentioned here is that SEX is the middle name of this day. Oh yes, the official name of February 29th is ‘bissextile day’, the 60th day of Gregorian calendar in such a year, with 306 days remaining until the end of that year.

The modern calendar counts a year as 365 days, whereas a complete revoltion around the sun takes approximately 365 days and 6 hours. Hence every four years, an extra twenty-fours hours accumulate, to keep the cont coordinated with the sun’s apparent position one extra day is added to every fourth calendar – that’s 29th February.

In the Hindu calendar, which is lunisolar calendar, the embolismic month is called adhika maas (extra month). It is the month in which the sun is in the same sign of the stellar zodiac on two consecutive dark moons. Adhikaa Maas typically occurs every 3 years, or 4 times over 11 years. So the yearly lag of a lunar year (which tends to have ten fewer days (355-356 days) per year than solar calendar) is adjusted every 3 years. Thus, Hindu festivals tend to occur within a given span. For example: the No Moon during Diwali festival tends to occur between October 22 and November 15.

Selecting a day for proposing or not may be fine but what about our date of birth which apparently is out of our controls. And if you are born on 29th February, you have your very own unique set of problems waiting out there.

The leaplings born on 29th February have foremost a big problem – when to celebrate birthday in common years, 28th February or 1st of March? For legal purposes, their legal birhdays depend on how different laws count time intervals. In Taiwan, for example, the legal birthday of a leapling is 28th February in common years, so a Taiwanese leapling born on Feb 29, 1980 would have legally reached 18 years on Feb 28, 1998.

In some situations, March 1 is used as the birthday in a non-leap year since it then is the day just after February 28.

Another problem faced by leaplings is that many websites and softwares including youtube.com do not accept 29 February as a valid date be it of any year.

But still the silver lining apparently is that chances of being born on Leap Year Day is about 1 in 1461. Putting it another way only 0.0684% of the world’s population are leapers.

in the world…   about 4 million