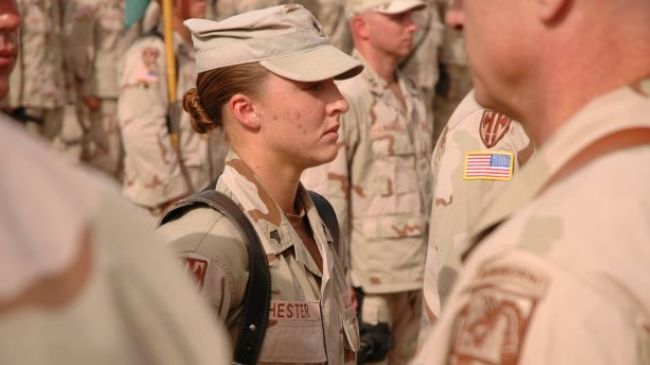 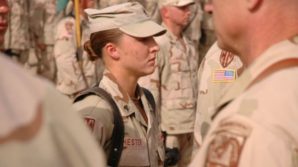 “Our daughter’s career and life nearly ended on base 4/7/12, days before her tech training was to
begin. The day another service member(s) gave her cigarettes laced with embalming fluid. She
had no idea the cigarettes contained a date-rape drug that causes complete black outs, severe
hallucinations, memory loss, and consciousness–and ultimately her basic rights and career”, according to the letter. Pictured here a women in the US Air Force.

On a routine search of the Senate’s Armed Services Committee website I ran across perhaps the most shocking letter I have ever read concerning a rape victim in the military – as written by her mother, a lady named Tina Clemans.

Be forewarned what follows is deeply shocking and disturbing information:

“Our daughter enlisted in the Air Force in December of 2011. Like her father, uncle, grandfathers,  and great grandfather before her, she did so to serve her country. Like fellow service men and  women, she worked hard to earn this right: she completed extensive documentation; mental,  physical, and placement exams; investigations; basic military training, top secret clearance, and  assignment for technical training 4/11/12.
“Records show on 4/6/12, our daughter went to the base medical clinic and treated for insomnia  due to stress about problems with her roommate. Records note she was worried someone was  “out to get her” but not suicidal, no claims of suicidal thoughts–Records state she is “Low Risk”.  Our daughter’s career and life nearly ended on base 4/7/12, days before her tech training was to  begin. The day another service member(s) gave her cigarettes laced with embalming fluid. She  had no idea the cigarettes contained a date-rape drug that causes complete black outs, severe
hallucinations, memory loss, and consciousness–and ultimately her basic rights and career.”

Terrified and alone, she called family who advised her to go directly to Command to report the  assault and drugging. She did so. Instead of being admitted in a hospital where she could have  received a rape kit, an official investigation/report, counseling, and appropriate care, she was  taken to a mental health facility. She was not aware, or in any condition, to voluntarily admit  herself to a facility where she was locked up in a suicide ward, prescribed medications for a  personality disorder she does not have. She was denied repeated requests for expedited transfer  per DoD directive.

At the same time, she was given an Article 15 and Letter of Reprimand. She  endured months of anguish, hospitalizations, humiliation, punishment and torture–having to  clean and work in the area where she was assaulted a second time–raped, sodomized, threatened  with death for reporting further and forced to live in close proximity to her perpetrators. Days  later she is punished for missing PT formations while heavily medicated and ill suffering PTSD,  after her mother’s request for the base IG to investigate her situation. A general had this data, too.
Documentation, records and exhibits we have prove these statements and more. Worse, due to  Chain of Command having ultimate authority in MST investigations, the system and programs  currently in place failed to protect our daughter. She was denied expedited and humanitarian  transfers to safety and left for dead on base, brutally assaulted, beaten unconscious, and raped  that second time in July, days after her release from hospitalization. Skin grey, lips blue, naked,  broken and bleeding, she was taken by ambulance 7/29/12 to Shannon Medical Center.

When she came to in the ambulance and hospital, she complained of severe head pain, bleeding  and blurred vision to several people, including medical staff. We have no records of an x-ray… Our daughter is Airman Myah Bilton-Smith, a young woman who worked hard and was so very excited to serve her country. Please take action, demand action not broken promises to reform” (source: http://www.armed-services.senate.gov/).